Uber: the app that changed how the world hails a taxi 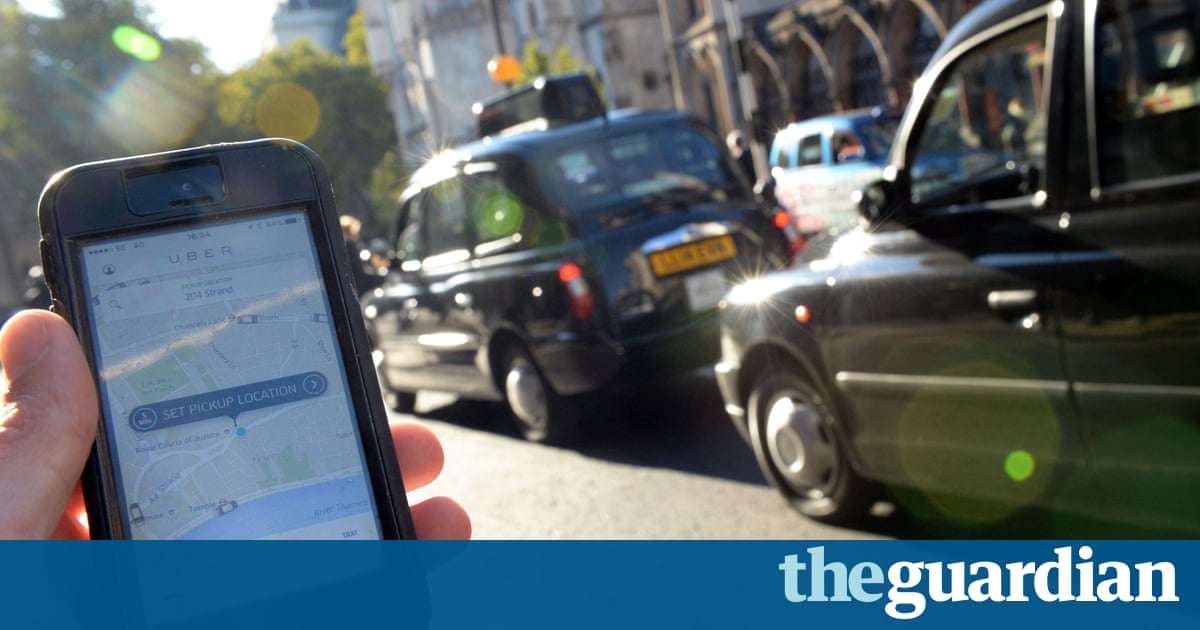 How James Bond, an abusive Parisian cabbie, and one mans frustration with going out in San Francisco led to a transport revolution

The whole thing might not have happened without Bond James Bond. It was mid-2008, the Canadian entrepreneur Garrett Camp had just sold his first company, the website discovery engine StumbleUpon, to eBay for $75m. Now he was living large, enjoying San Franciscos nightlife, and when relaxing at his apartment in the citys South Park neighbourhood, he occasionally popped in the DVD of Daniel Craigs first Bond movie, Casino Royale.

Camp loved the movie, but something specific in it got him thinking. Thirty minutes into the film, Bond is driving his silver Ford Mondeo in the Bahamas on the trail of his adversary, Le Chiffre, when he glances down at his Sony Ericsson phone. Its brazen product placement and by todays standards the phone seems comically outdated. But at the time, what Bond saw on his phone startled Camp: a graphical icon of the Mondeo moving on a map toward his destination. The image stuck in his head and to understand why, you need to know more about the restless, inventive mind of Garrett Camp.

Camp was born in Calgary, Canada, and spent his early childhood playing sports, learning the electric guitar and asking lots of questions. Eventually, his curiosity settled on the world of personal computers. An uncle gave the family an early model Macintosh, from the days of floppy disks and point-and-click adventure games, and Camp spent hours on it during the frigid winters, toying with early computer graphics and writing basic programs.

By the time Camp graduated from high school, his parents had a three-storey home that included a comfortable office and a computer room in the basement. There wasnt much reason to leave, he says. He enrolled at the nearby University of Calgary, saved money by living at home and spent the next few years there (aside from one year in Montreal, interning at a company called Nortel Networks). He got his undergraduate degree in 2001 and stayed at the university to pursue a master of science, finally leaving his comfortable nest after he turned 22 to move into a campus apartment with classmates.

Camp met Geoff Smith, who would become his StumbleUpon co-founder, through one of his childhood friends and they started the site as a way for users to share and find interesting things on the internet without having to search for them on Google. By the time Camp finished his degree in 2005, StumbleUpon was starting to show promise. Camp and Smith met an angel investor that year who convinced them to move to San Francisco to raise capital. Over the next 12 months, the number of users on StumbleUpon grew from 500,000 to 2 million.

With the trauma of the first dot-com bust fading and the scent of opportunity again wafting across Silicon Valley, offers for StumbleUpon started pouring in. In May 2007, eBay bought StumbleUpon for $75m, turning it into one of the early successes of what became known as Web 2.0, the movement in which companies such as Flickr and Facebook mined the social connections among internet users. For Camp, it seemed the highest possible level of success in Silicon Valley and it was, by any reasonable standard until the one that he achieved next.