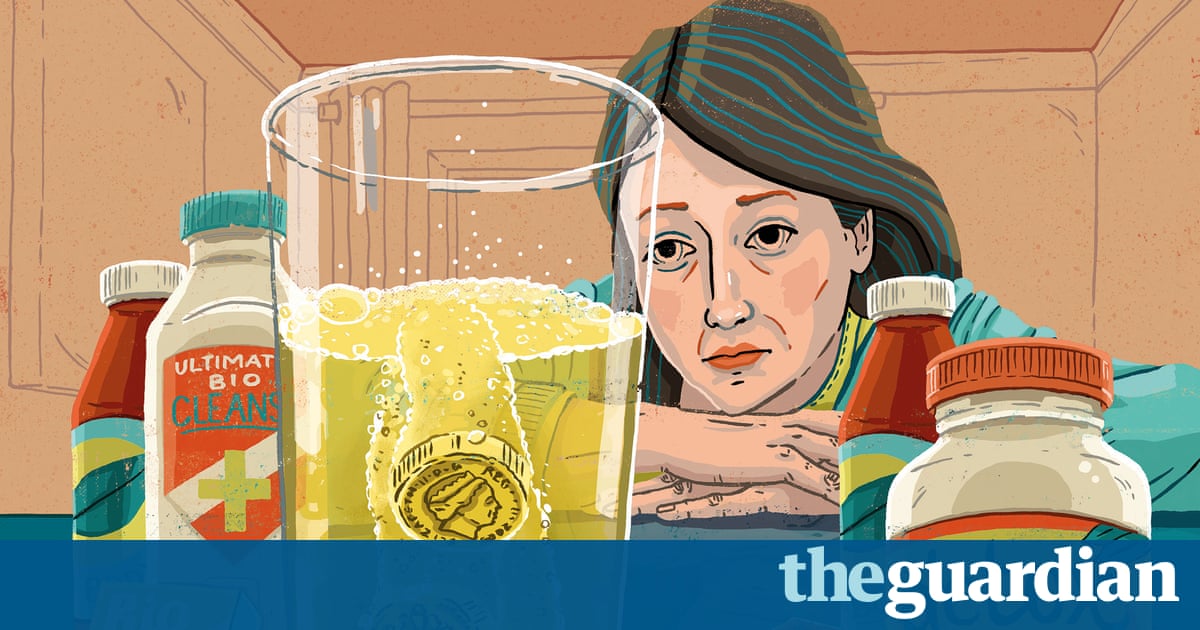 A self-confessed glutton, Jay Rayner has always been wary of the January detox. But after talking to experts and sampling some of the products, hes discovered the truth is even worse than he imagined

Sunday afternoon in the darkest days of early January and I am sitting on the sofa, my face caked in a mixture of clay mined from deep below the Atlas mountains and organic rosewater from the Dades Valley. My cheeks and brows are a mess of coagulating geography. I am giving myself a home facial, courtesy of Facetox, a product originating from Leeds which promises to Extract, Pull & Detoxify. The box says its cruelty free, but doing this to myself feels rather less so.

In my hand is a steaming mug of Dr Stuarts Liver Detox naturally caffeine-free tea, containing dandelion root, centaury herb and milk thistle. The tea promises to get it out your system without saying exactly what it might be. Before applying the mask I drank a glass of lemonade the colour of an outflow from a flooded coal mine. It is produced by Press London, is 0.05% activated charcoal and has the word detox on the label.

The face mask starts drying out, pulling my skin taut underneath. I begin to feel a bit of an arse, because the one thing all these products apparently claim to do detoxify me, purge me of poisons is the one thing they cannot do. Yes, I may have indulged over Christmas: drunk deep, eaten broadly, hit the sugars and the fats like a train ramming the buffers. But I know nothing with the word detox on the label will mitigate any of it.

The whole idea does make me smile, says Dr Donal ODonoghue, professor of renal medicine at Manchester University and president of the Renal Association, because it is cobblers. There is nothing like this which will improve your bodys detoxification system.

Nor does there need to be because of what butchers would call our offal, and Ill call our kidneys and liver these organs have that whole detox business covered for us. The liver processes what we put into ourselves. The kidneys then filter it out. There is nothing we can eat which will improve liver and kidney function, says Dimple Thakrar, spokesperson for the British Dietetic Association. As long as you are eating a normal, balanced diet your body will do exactly what it needs to do. Without our liver and kidneys we would die of poisoning, she says. The whole notion of detox is not merely redundant but, to put it in technical terms, a dumb-ass symptom of a deep well of scientific illiteracy which enables sane people to believe whatever unsubstantiated, anti-modern, counter-intuitive, make-it-up-as-we-go-along, bottom-feeding blather thats shoved in front of us.

PrevPreviousWH: No mention of Jews on Holocaust Remembrance Day because others were killed too
NextKremlin: Trump-Putin call focused on improved relations, defeating ISISNext