Experience: I discovered my hairdresser was my brother 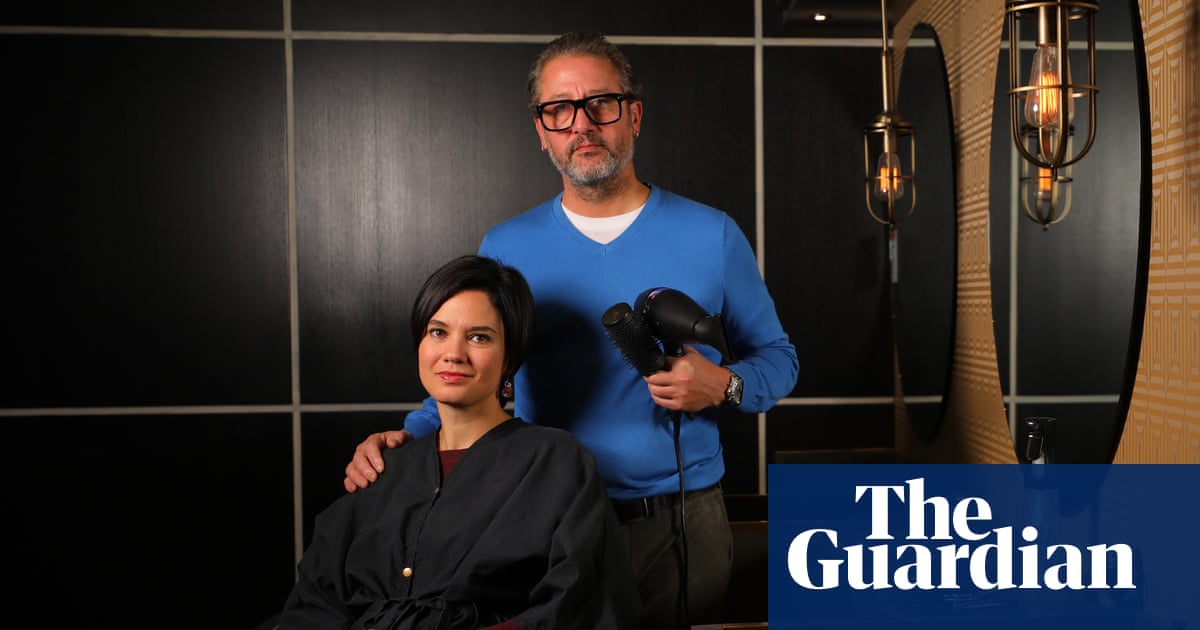 The DNA test had found a man who had the same percentage match as me. I got a text: Youre not going to believe this. He lives in Calgary, too

Having your hair cut is such an intimate thing, its almost like therapy. So, when I moved from Saskatchewan to Calgary in 2012, finding a good stylist was high on my to-do list. A friend recommended Troy and I liked him right away. After a quick consultation I said: Just do whatever you like. I know thats unusual, but for some reason I trusted him instantly.

Every six weeks I was back, and soon we were friends. When youre talking about hair, ethnicity often comes up. I told Troy about my Jewish and First Nations heritage, but that I couldnt be sure of the exact details because my dad had been adopted. Troy had questions about his background, too. He had discovered, aged six, that the man he believed to be his birth father wasnt. Over the next six years it was a subject that we talked about often.

In October 2018, I decided to take an at-home DNA test. I had grown up in a very stable home my parents were still together and I have a younger brother but I still wanted to check with my dad, who was then 75. If I discover anything interesting, Ill want to share it with you, I said. I asked if he was happy for me to go ahead and he said: Go for it.

It turned out Troy was thinking about doing a test, too. In fact, hed had one sitting in his desk drawer for four years. We both spat into our tubes and sent them off to the same company. He also sent his off to a second.

Logging in for my results eight weeks later was very exciting. Learning I was a quarter Asian came as a total surprise. I guess thats the big reveal, I joked to my dad. I posted a screenshot of my results on Facebook. Guess what? Troy messaged. My first results are back and Im a quarter Asian, too! We laughed at the coincidence.

I was also thrilled when my results linked me to an American called David, who shared a lot of my DNA. I got in touch and we figured out he was my half-uncle on my dads side.

Six weeks later I got a text. David had registered with two DNA sites and had found another connection, a man who had the same percentage match as me. Great, I replied. Let me know how it works out. Fifteen minutes later, another message. Youre not going to believe this, wrote David. He lives in Calgary, too. Hes sent a photo and permission to forward it to you.

It was Troy. I almost fell off my chair, shaking so hard I nearly dropped my phone. How was this possible? I dashed to my car, and a three-way phone call was set up between me, Troy and David. We were all freaking out, laughing and crying. It didnt feel real.

Troy came to my house where we hugged and cried for what felt like for ever. Then we tried to solve the riddle. Were we somehow siblings, or cousins? To find out, we had to wait two weeks for Troys second set of results, from the same company I had used.

I spoke to my dad, who was baffled. There were rumours of a twin somewhere in his family history. Could that explain it? Troy is 15 years older than me, conceived before my parents had met. Dad wanted to give me answers but couldnt remember anything.

It was all I could think or talk about. Troy and I texted multiple times a day and I would find myself happily welling up whenever I thought about him. So, when the second set of results confirmed that Troy was my brother, it didnt feel momentous. I had already taken him as family.

All of us got together for a Chinese meal to celebrate. Looking through old photos and sharing stories, seeing my dad and Troy together, I felt an overwhelming wave of joy. Dad still had no memory of Troys mum, but there was no judgment. We were just family. It was as if some sort of magic had brought us together.

Now, Troy and I speak almost every day. Its been amazing getting to know him as a brother. And of course, I have a hairdresser for life.

This experience has changed my view of the world and of family. There are 1.3 million people in Calgary, yet somehow the cool guy who cut my hair for six years turned out to be my brother. Now, I look at strangers on the street with new eyes. Were all connected somehow. We dont need a DNA test to prove it.

As told to Kate Graham. Some names in this article have been changed.

Do you have an experience to share? Email [email protected]