Stephen Colbert on Trump: ‘A farting gnat would be a better president’ 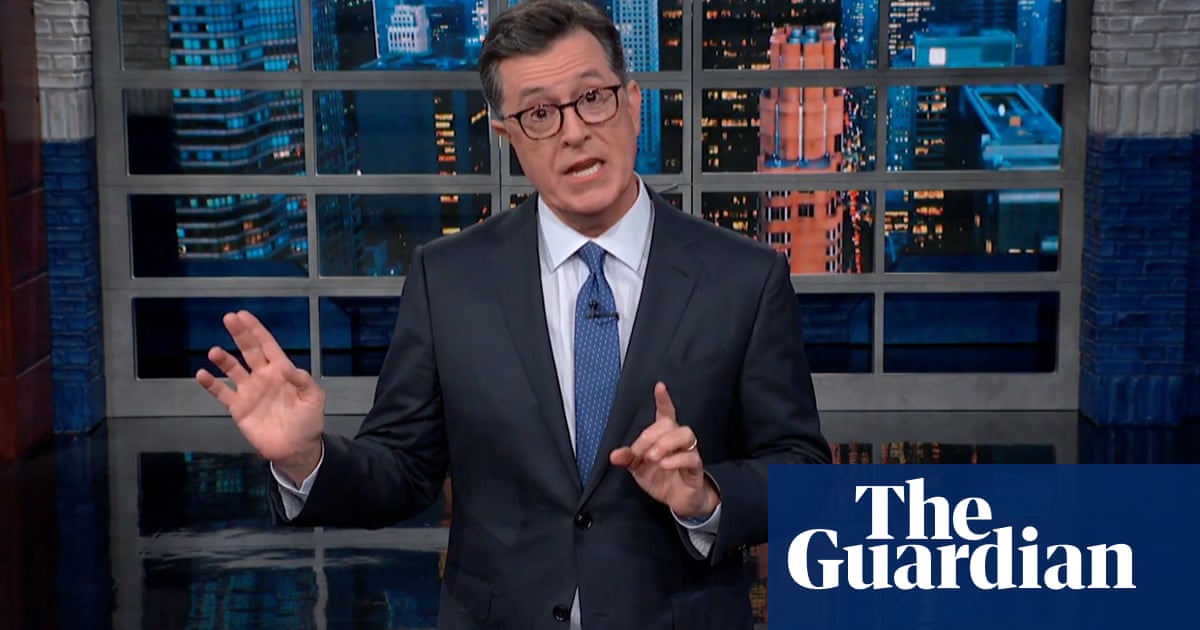 After a two-week hiatus, Stephen Colbert returned to The Late Show with a roundup of Donald Trumps uninformed response to Hurricane Dorian, the category 5 storm that decimated the Bahamas over the weekend.

Its not that the president wasnt aware of the storm, Colbert said Trump tweeted 122 times about it over the weekend. Its just that he had no idea what he was talking about; at one point, he even tweeted that Alabama should brace for landfall. The National Weather Service then tweeted a correction, since Alabama was not near the storms predicted path.

You know things are bad when the National Weather Service has to factcheck the president, Colbert said.

Additionally, Trump claimed to have never heard of a category 5 hurricane, leaving Colbert incredulous, since three other category 5 storms have hit during his presidency. You know how I know that? From listening to you not know what they are, Colbert said before playing four clips, dating from 2017 to this spring, in which Trump repeated the same line about not knowing a category 5 storm could exist.

Finally, Trump reportedly suggested to advisers, in all seriousness, that the US should consider nuking hurricanes as they form off the coast of Africa. So the most powerful man in the world wants to nuke the wind, Colbert said, letting the words hang. According to an Axios report, Trumps suggestion left the room stunned; one source said: You could hear a gnat fart in that meeting We thought, What the fuck? What do we do with this?

On The Daily Show, Trevor Noah also skewered Trumps lack of preparedness for Hurricane Dorian. I dont know if Trump was having a slow weekend or the barometric pressure from the storm did something to his brain, because not only did he forget how big the storm was, but he forgot where it was going, Noah said in reference to Trumps inaccurate tweet about Alabama.

I know were used to it by now, but it still amazes me how often the government has to tell you not to pay attention to the president, Noah continued. Trump is like your friend who youre driving home from a wisdom teeth surgery. Hes all drugged up, yelling crazy shit out the next window like: Theres a dragon in the next car!

A dragon in the next car makes about as much sense as nuking a hurricane, a suggestion Noah nevertheless dismissed. Not only will it not stop the hurricane, but now you have nuclear fallout being spread by 200-mile-an-hour winds. The stuff is going to go everywhere its like taking a dump in an open Vitamix.

Given the potential of a radioactive ocean, Noah concluded, its probably better that Trump stay on the golf course, where he spent most of his weekend after cancelling a diplomatic trip to Poland in order to stay on top of the storm.

Look, I know people get mad when they see Trump playing golf as a hurricane is closing in, Noah said. But after everything weve heard, I think the less involved Trump is with this hurricane, the better it is.

Trumps blustering response to Hurricane Dorian was also the focus of Late Night, where Seth Meyers called BS on Trumps claim that he had never of a category 5 hurricane. At the very least, the ignorance to category 5 is definitely not what anyone wants to hear from the president when a hurricane is bearing down on them, Meyers said. Its like if you called 911 and the operator said: Shit! 104-degree fever?! I didnt know they went that high!

In other words, Meyers continued: Trump is incapable of and uninterested in delivering on the basic duties of his office. In fact, he often makes the situation worse. Case in point: the incorrect tweet about Alabama, which the National Weather Service had to correct.

What other corrections is the government going to have to put out as Trumps brain continues to deteriorate? Meyers wondered. Were like a week away from the justice department tweeting: Contrary to the presidents tweet, the Joker is NOT a threat, hes a character in a movie played by Joaquin Phoenix. There is no evacuation of Gotham under way nor is Gotham a real place.