Didgeridoo is his voice: how Djalu Gurruwiwi embodies the sound of a continent 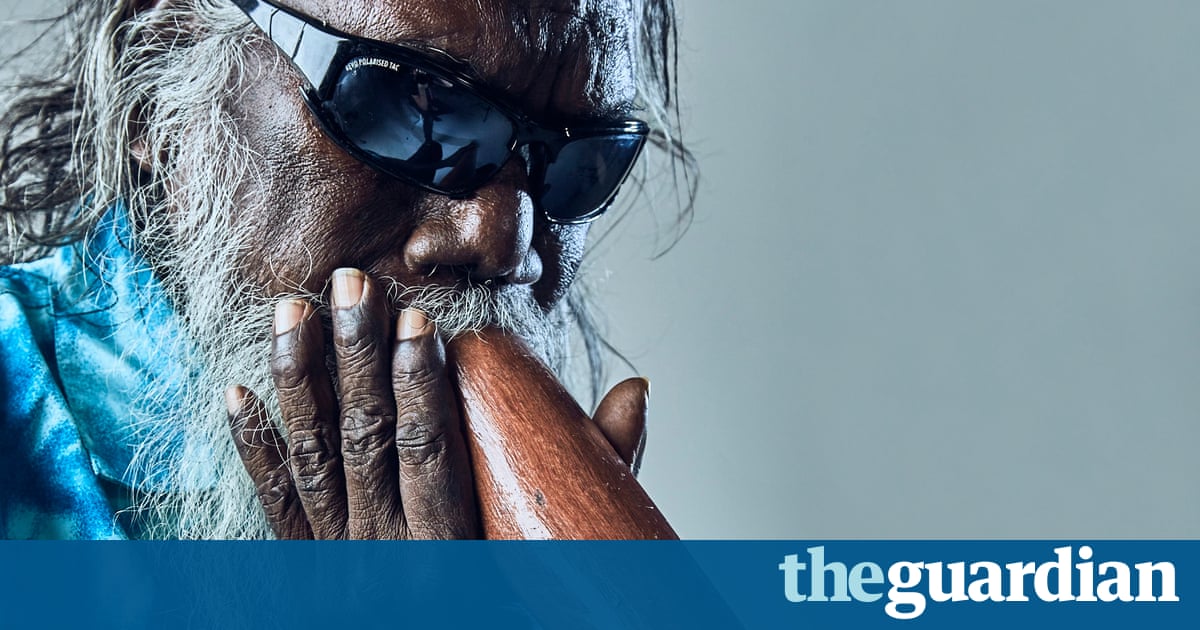 The Indigenous elder revered by some as Australias Dalai Lama is the spiritual keeper of the didgeridoo. A new exhibition honours his legacy and the immense significance of the Yolngu instrument that is helping to heal a divided country

The old man with straggly hair, long wispy grey beard and wraparound sunglasses sits at the back of the grandstand overlooking the verdant expanse of Alberton Oval the traditional base, if no longer the home ground, of the historic Port Adelaide Football Club.

He is Djalu Gurruwiwi: a Yolngu elder and lawman from north-east Arnhem Land, a songster, healer, virtuoso and master craftsman of the yidaki (didgeridoo), as well as the instruments spiritual keeper. From up here he surveys his Australian Rules team, smiles and nods in approval as his players go through their pre-season paces, calling for the ball and kicking and marking, on this humid morning.

In other Aboriginal nations and among non-Indigenous people, the instrument is known as the didgeridoo or didjeridu variants of the same word that probably has its etymology in English spoken by a European Australian. Yidaki is the Yolngu word and Djalu, the keeper of the instrument in north-east Arnhem Land, is widely regarded across Indigenous Australia as its custodian more broadly.

Djalu, who is aged somewhere in his 80s (Im 86 going on 96), usually rocks a Hawaiian shirt, or something similarly bright and elaborately patterned. But today hes wearing a Port Power hoody that signals a mutual adoption between him and the team.

Djalu likes their brand of footy all right. But his attraction to Port stems more simply from the lightning bolt on the team crest.

Its the lightning. The team is lightning and lightning is us, Djalu says enigmatically, as is his way.

His reference to baywara Yolngu for the power of lightning is itself an allusion to the atmospheric energy and wind enshrined in the yidaki, an instrument with its genesis in tens of thousands of years of north-east Arnhem Land history. In the hands of Djalu, and more recently his sons Larry and Vernon, the yidaki both tells and is the story of their land.

It summons the ancestral spirits and the stories of creationist animals that fashioned the earth, the sea and the sky and all the creatures, human and otherwise, stretching back some 60,000 years. It holds the histories of the clans, not the least the Galpu (Djalu) and Yunipingu (of his wife, Dhopiya) which remain central to thriving Yolngu culture.

And today they have come to Alberton to present yidaki to nine Indigenous Port Adelaide players and several club officials a testimony to Djalus determination, in his lifes twilight, to build bridges with other Aboriginal and Balanda (white, western) worlds.