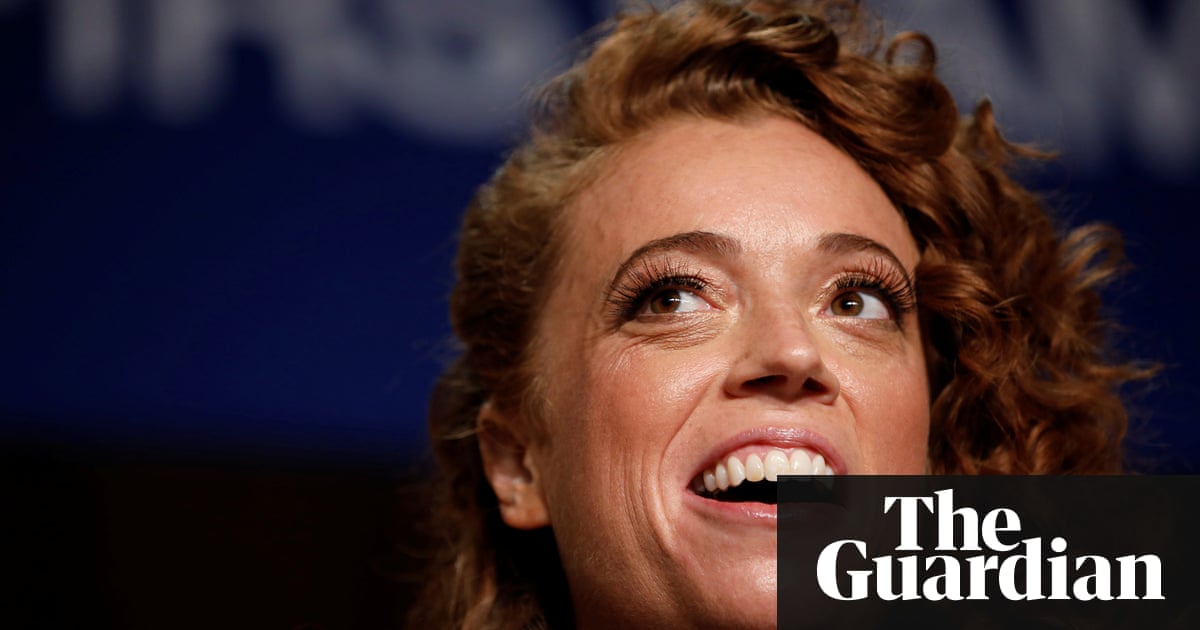 The comedian Michelle Wolf stunned guests at a prestigious media dinner in Washington with a risque speech that eviscerated members of Donald Trumps administration, some of whom were in the room.

Sean Spicer, the former White House press secretary, told the Guardian he thought the performance was absolutely disgusting, but others praised Wolf for pulling no punches about the president and his aides.

She drew gasps from some in the 3,000-strong audience at the Hilton hotel when she turned her fire on Spicers successor, Sarah Sanders, sitting just a few feet away at the head table.

Every time Sarah steps up to the podium, I get excited, the comedian said. Im not really sure what were going to get, you know? A press briefing, a bunch of lies or divided into softball teams. Its shirts and skins, and this time dont be such a little bitch, Jim Acosta a reference to a CNN correspondent who has clashed with Sanders.

Wolf continued: I actually really like Sarah. I think shes very resourceful. But she burns facts and then she uses that ash to create a perfect smokey eye. Like maybe shes born with it, maybe its lies. Its probably lies.

The White House Correspondents Association dinner is held annually but for the second year running Trump was absent, using a campaign rally to criticise journalists. Wolf, best known for her HBO standup special Nice Lady and cameos on The Daily Show, is not the first comedian to provoke controversy at the event. Larry Wilmore provoked anger in 2016 when he used the N-word.

Noting the presidents no show, the comedian said: I would drag him here myself, but it turns out that the president of the United States is the one pussy youre not allowed to grab. He said it first. Yeah, he did. You remember? Good.

Wolf also excoriated Trumps daughter and senior adviser, Ivanka. She was supposed to be an advocate for women, but it turns out shes about as helpful to women as an empty box of tampons. Shes done nothing to satisfy women. So I guess, like father like daughter.

As the audience muttered, Wolf chided: Oh, you dont think hes good in bed. Come on. She went on: She does clean up nice, though. Ivanka cleans up nice. Shes the diaper genie of the administration. On the outside she looks sleek, but the inside, its still full of shit.

For some it was an excruciating, toe-curling experience. Conservatives were aghast when Wolf turned to the subject of abortion. She said of vice-president Mike Pence: He thinks abortion is murder. Which first of all dont knock it till you try it. And when you do try it, really knock it, you gotta get that baby out of there. And yeah, sure, you can groan all you want, I know a lot of you are very anti-abortion, you know, unless its the one you got for your secret mistress.

White House counsellor Kellyanne Conway, who was among the guests, did not escape the scathing humour. Man, she has the perfect name for what she does. Conway. Its like if my last name was Michelle tells-jokes-frizzy-hair-small-tits.

You guys have to stop putting Kellyanne on your shows. All she does is lie. If you dont give her a platform, she has nowhere to lie. If a tree falls in the woods, how do we get Kellyanne under that tree? Im not suggesting she gets hurt. Just stuck. Stuck under a tree.

The speech polarised conservatives and liberals in an already divided political landscape. In an interview with the Guardian, Spicer, who quit as press secretary last summer, was visibly angry as he said: It was absolutely disgusting. The idea that people clapped at that. Its one thing to celebrate the first amendment but that, tonight, was one of the most disgusting and deplorable things Ive ever heard in my life. The language, the references were way over the line.